Patriots Step Up to Beat Vikings 30-7 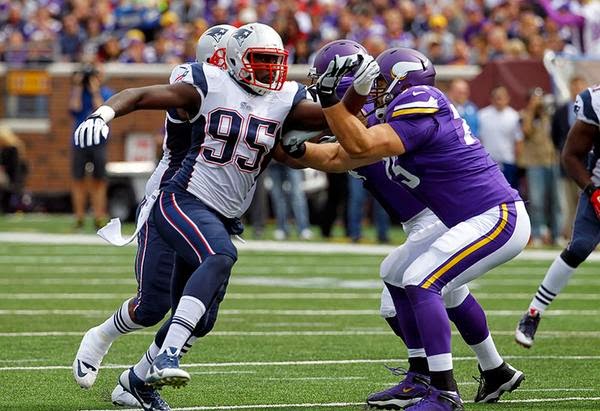 Tom Brady and the Patriots took advantage of the absence of Adrian Peterson as  Matt Cassel made four interceptions and Chandler Jones returned one blocked field goal for a touchdown just before halftime to secure a 30-7 victory over the Minnesota Vikings on Sunday.

Brady completed 15 of 22 passes for 142 yards, one touchdown and no turnovers. The first opening Cassel against his friend and former mentor was a fiasco.

Devin McCourty, Darrelle Revis, Logan Ryan and Dominique Easley had interceptions, creating 17 points for the Patriots and leading edges of the crowd calling for rookie Teddy Bridgewater. Cassel completed 19 of 36 passes for 202 yards.

Peterson was sidelined from the game after a charge of child abuse that was imposed against him in the state of Texas on Friday.
By SportsRooter.com